Ever wonder why successful DX-seeking stations so often use vertically polarized Verticals or Inverted-Ls on those lower bands?  And why horizontal dipole-type antennas are most often seen for use on the higher shortwave bands?  Even loop designs, intended for DX chasing on these lower bands, most often employ vertical polarization.

“If you can’t get a horizontal antenna up around 3/8 wavelength or higher, then use a vertically polarized antenna.“

There are many factors that influence the exact answer, but we can still use a simple EZNec model to draw handy conclusions from the simple case of a 40 M horizontal dipole antenna vs. a 40 M vertical antenna ===> 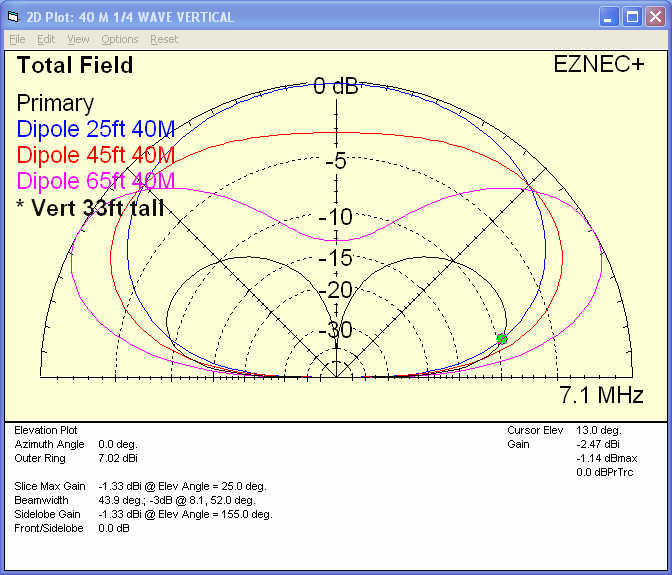 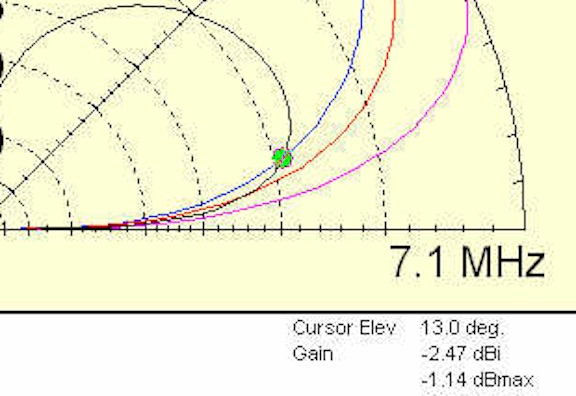 In the zoom shown above, we can see that for this case of a 40 M horizontal Dipole up at 25 ft, the Vertical antenna’s advantage over the Dipole is several dB below 13 degrees elevation, where quite a bit of low angle DX communication occurs.

On 80 M, and with a horizontal antenna at a typical height of 30 ft, the difference in gain at low radiation angles 22 degrees and lower is even more pronounced.  Below we compare the elevation plots for the typical 130 ft long EFHW or Dipole against a simple 43 ft tall Vertical or a 23 ft tall x 22 ft wide Inverted-L ===> 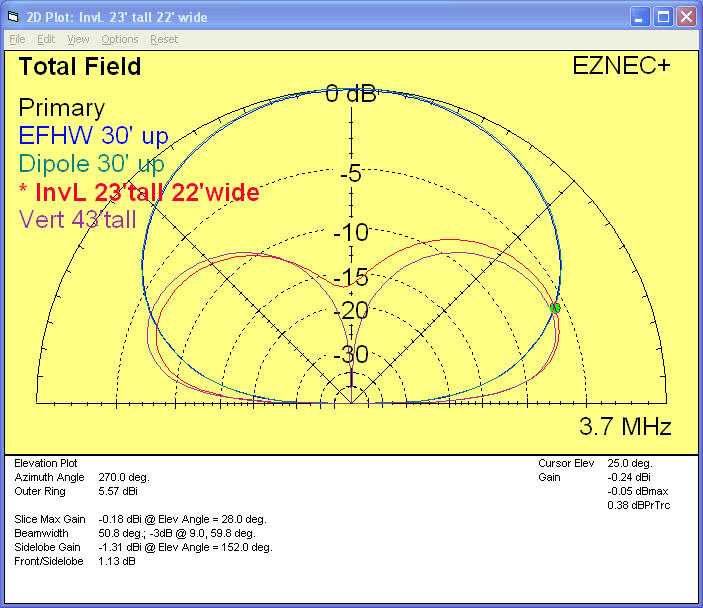